The Reason I Jump (Relaxed Screening) 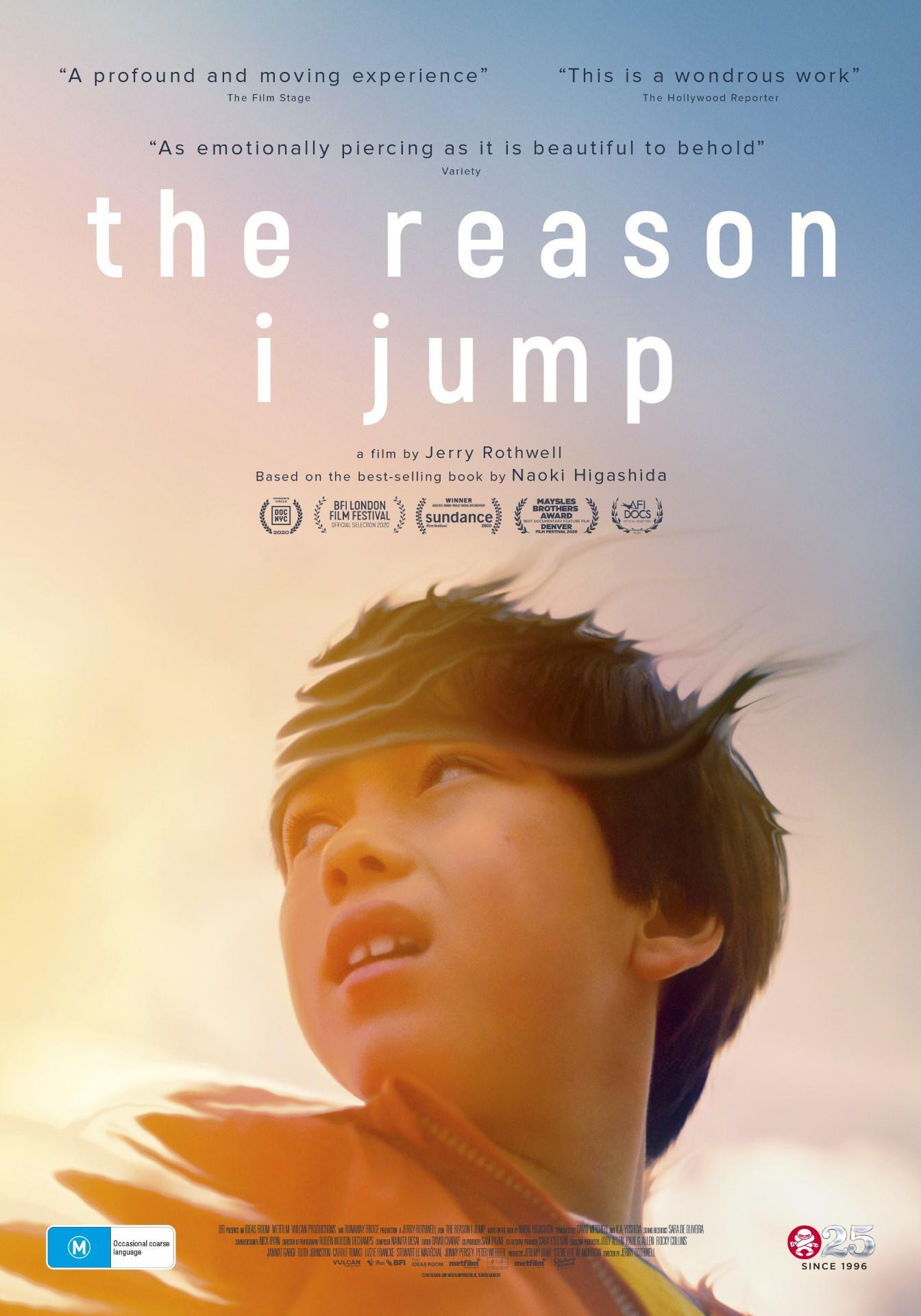 Winner of multiple awards including Best Documentary at British Independent Film Awards and Denver International Film Festival. The Reason I Jump is an immersive cinematic exploration of neurodiversity through the experiences of nonspeaking autistic people from around the world. The film blends Higashida’s revelatory insights into autism, written when he was just 13, with intimate portraits of five remarkable young people. It opens a window for audiences into an intense and overwhelming, but often joyful, sensory universe.

Moments in the lives of each of the characters are linked by the journey of a young Japanese boy through an epic landscape; narrated passages from Naoki’s writing reflect on what his autism means to him and others, how his perception of the world differs, and why he acts in the way he does: the reason he jumps. The film distills these elements into a sensually rich tapestry that leads us to Naoki’s core message: not being able to speak does not mean there is nothing to say.

The relaxed screenings are intended to create an easier watch for those with sensory sensitivities. The film will be played with lower sound levels, house lights partially up, dialogue captions on screen and ‘trigger warnings’ which anticipate the more intense moments: emotional, aural or visual. The usual rules of watching a film do not apply – you can feel free to move around, leave and come back, or make a noise!

The trigger warnings in our relaxed version of the film are something of an experiment, undertaken in consultation with autistic people and based on their individual experiences of going to the cinema.