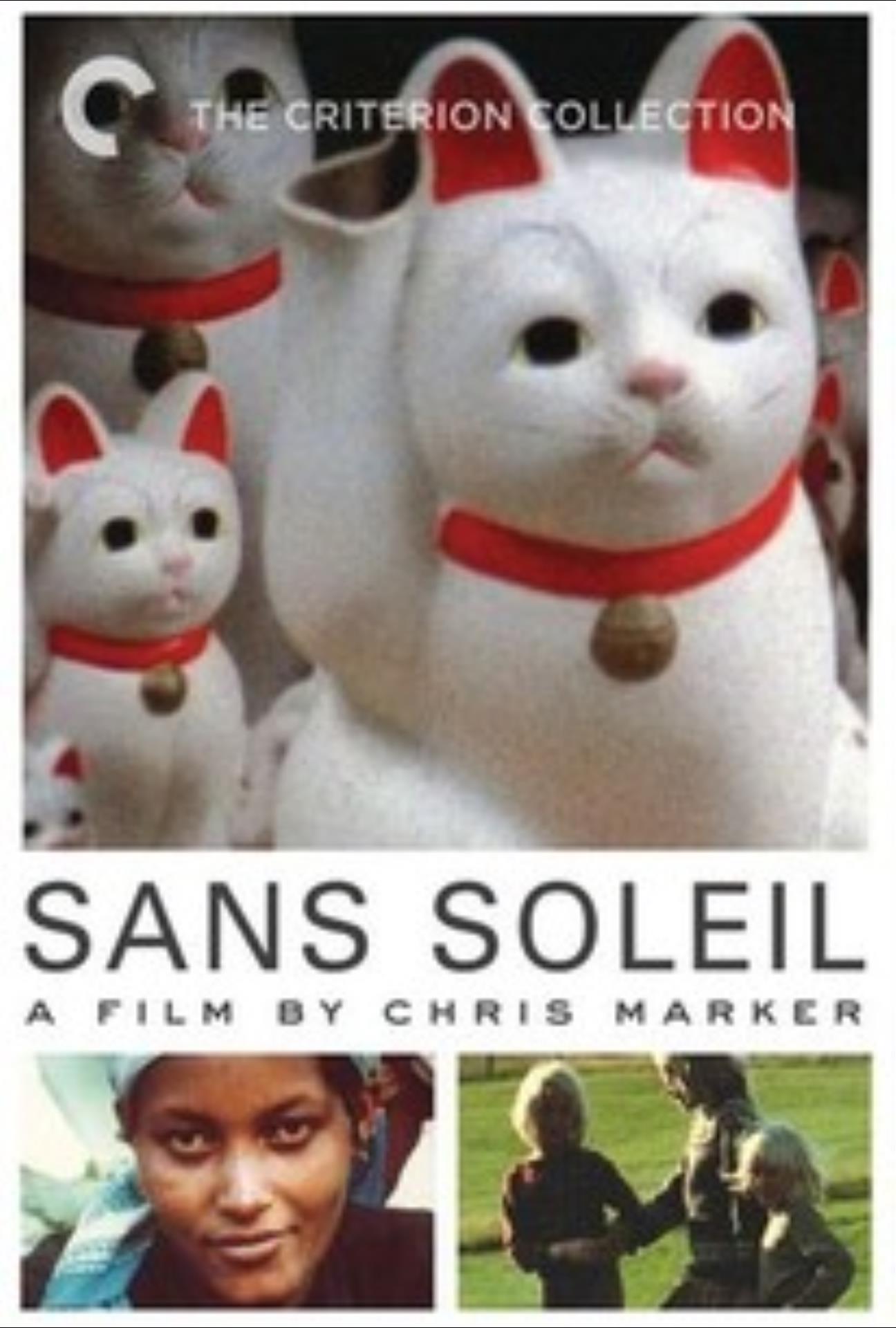 TPH X PHOTO2022 PRESENT: PHOTOGRAPHY ON FILM
Chris marker double-bill! Sans Soleil: This experimental film by acclaimed French director Chris Marker collects footage recorded in various countries around the world and presents it in collage-like form. The movie features no synchronized sound, but instead ties the various segments together with music and voice-over narration, which ponders the topics such as memory, technology and society. As the scenes shift, locations range from Japan to Iceland to Africa, creating a truly international work.

La Jetee: Told mostly through a series of photos and with a voice-over narration, this is the story of a man in a post World War III Paris who is sent back in time. The man has two recurring images of his youth. The first is when he was a young boy on the observation deck at Orly airport where he saw a man shot and killed. The second image is that of a beautiful woman. Both images are of great importance to him as he learns just who and what they are.
La Jetée. (28 mins)

BOTH FILMS WILL BE SCREENED AS A DOUBLE-BILL.
THERE WON’T BE A BREAK.

PHOTO 2022: BEING HUMAN, INTERNATIONAL BIENNALE RETURNS WITH 90 EXHIBITIONS AND OUTDOOR ARTWORKS THROUGHOUT MELBOURNE AND REGIONAL VICTORIA.

PHOTO 2022 International Festival of Photography taking place from 29 April to 22 May 2022. The Festival will honour 123 local and international artists and photographers across 90 exhibitions, with 50 world premieres including 24 specially commissioned projects and film screenings at TPH.