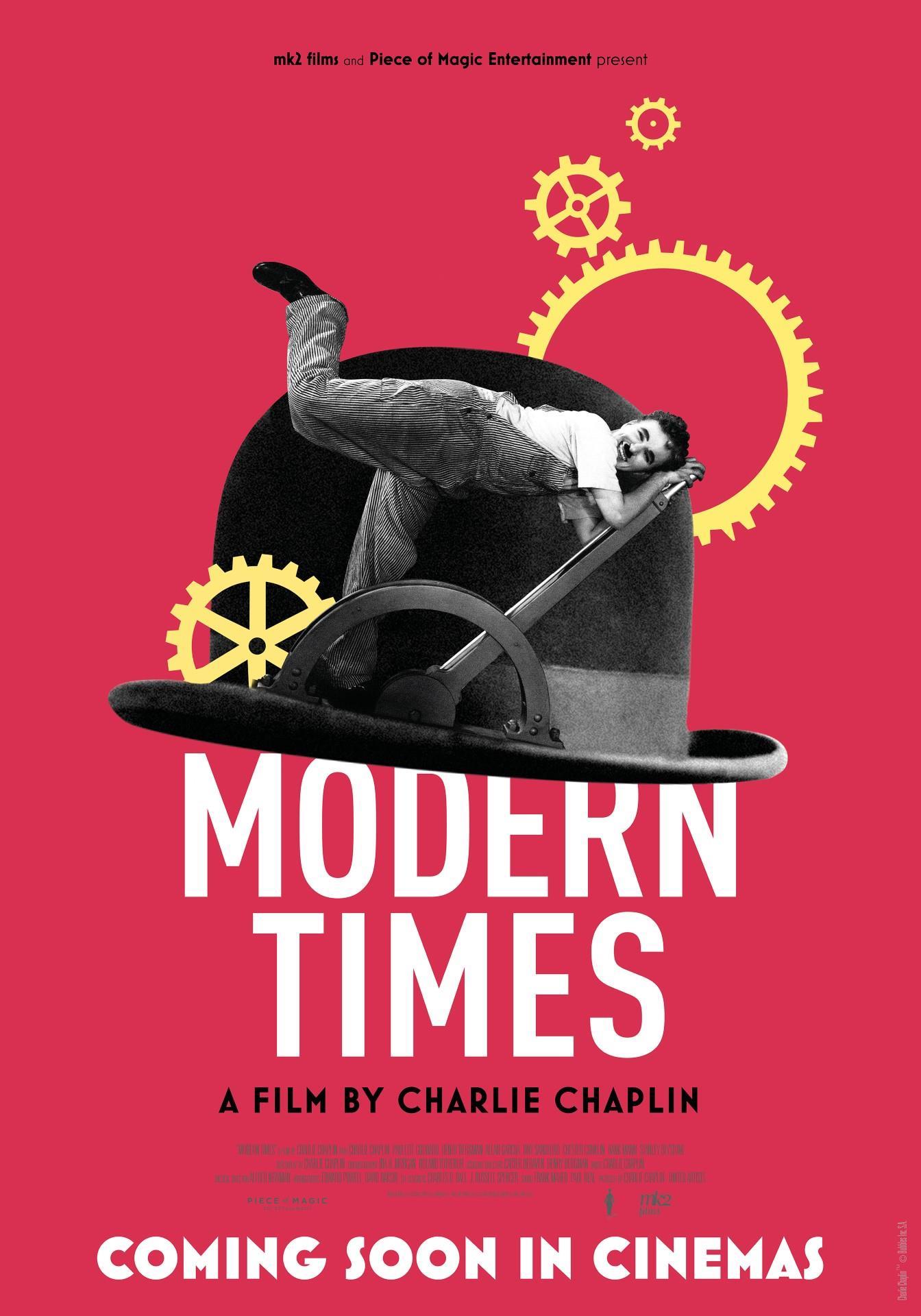 Subjected to the infernal production rate of the factory, a model worker suddenly has a nervous breakdown and goes mad. From hospital, to prison, to unemployment, the Little Tramp gets caught up in the sprockets and cogs of modern industrialisation. That is, until he comes across a beautiful orphaned gamine, whom he helps escape from the police. How to break free from the constraints of modern life? Chaplin provides a critical look at productivity in the early 20th century… and well beyond!