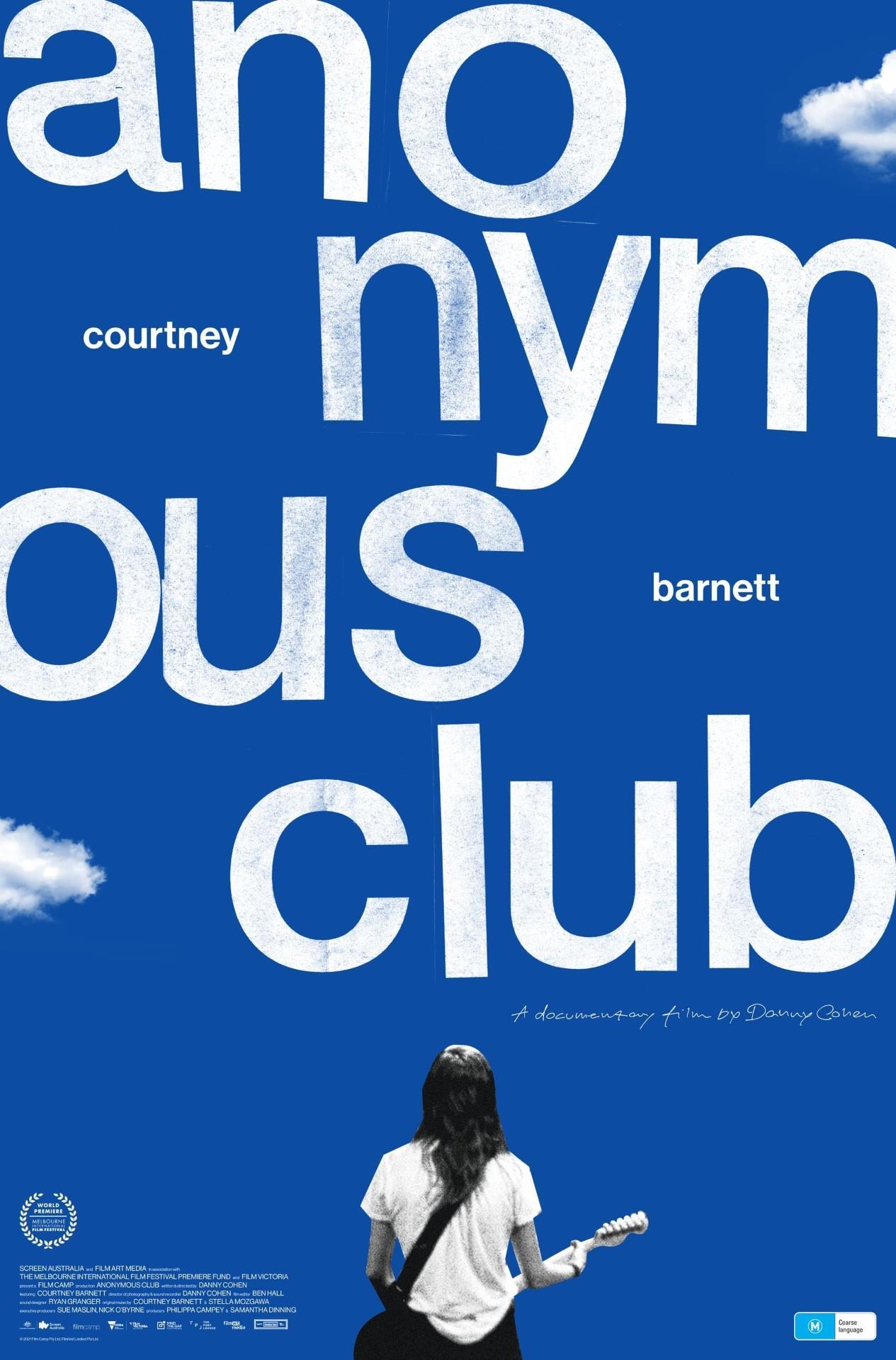 I don’t know what the fuck I’m talking about anymore. I don’t understand the point of talking about my feelings. ” Courtney Barnett

Courtney Barnett pulls back the curtain in this intimate first-person exposition on creativity, vulnerability and artistic life on the road.

In 2012, Courtney Barnett started recording music in her inner-Melbourne bedroom and, alongside fellow musician Jen Cloher, founded her own record label, Milk! Records. Since then, the notoriously shy but vastly talented singer/songwriter has released two EPs and two albums, landed a suite of accolades (including Breakthrough Artist at the 2015 ARIAs and Songwriter of the Year at the 2016 APRA Music Awards), and amassed adoring fans across the globe.

In 2018, she embarked on the world tour for her album Tell Me How You Really Feel – and director Danny Cohen tagged along to document the journey. Shot over a three-year period and supported by the MIFF Premiere Fund, Anonymous Club chronicles Barnett’s ups and downs both artistically and personally. The narration, forthright and unguarded, is voiced by Barnett herself – she kept an audio diary on the road, at Cohen’s request – while Cohen provides vivid, energetic footage shot in warm-hued 16mm. The result is a formidable, frank and unprecedented insight into Barnett’s creative process, the sacrifices and inner conflicts set in motion by fame, and the sometimes dark backdrop to her whimsical, relatably poetic compositions.