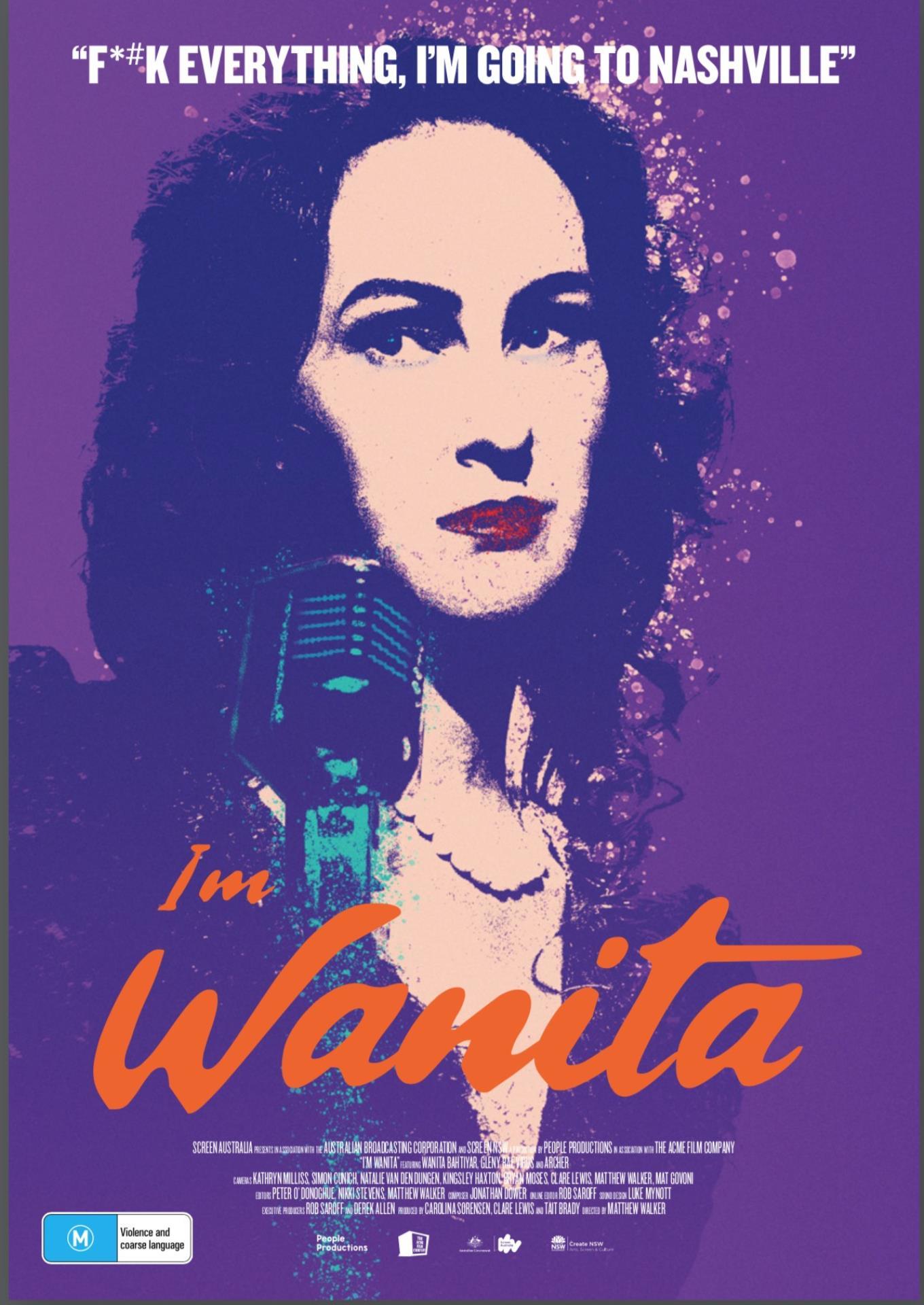 I sure do hope that like "Searching for Sugarman" did for Rodriguez, "I'm Wanita" ushers Wanita onto the mainstage in the prime spot, because she darn well deserves it. ” The Curb

“She’s like a drunken Mother Theresa…”
“Her heart is in the right place, but her mind is in a million places at once…

I’M WANITA is the story of a chaotic, flamboyant force of nature & her lifelong odyssey to realise her childhood dream.

Based in Australia’s ‘Country Music Capital’, Tamworth, Wanita (self-dubbed as “Australia’s Queen Of Honky Tonk”) lives her own unique version of the rough-talking, hard-drinking, country music lifestyle. Devoted to the sound & personalities of classic country and clearly “born in the wrong era”, Wanita commits to walk in the footsteps of her honkytonk idols by recording in Nashville.

Using a combination of observational, on-the-run interviews & live performance, the film follows Wanita over a tumultuous five years as she tries to redirect her reckless life to fulfill her potential & have one last stab at her dream – before it’s too late.