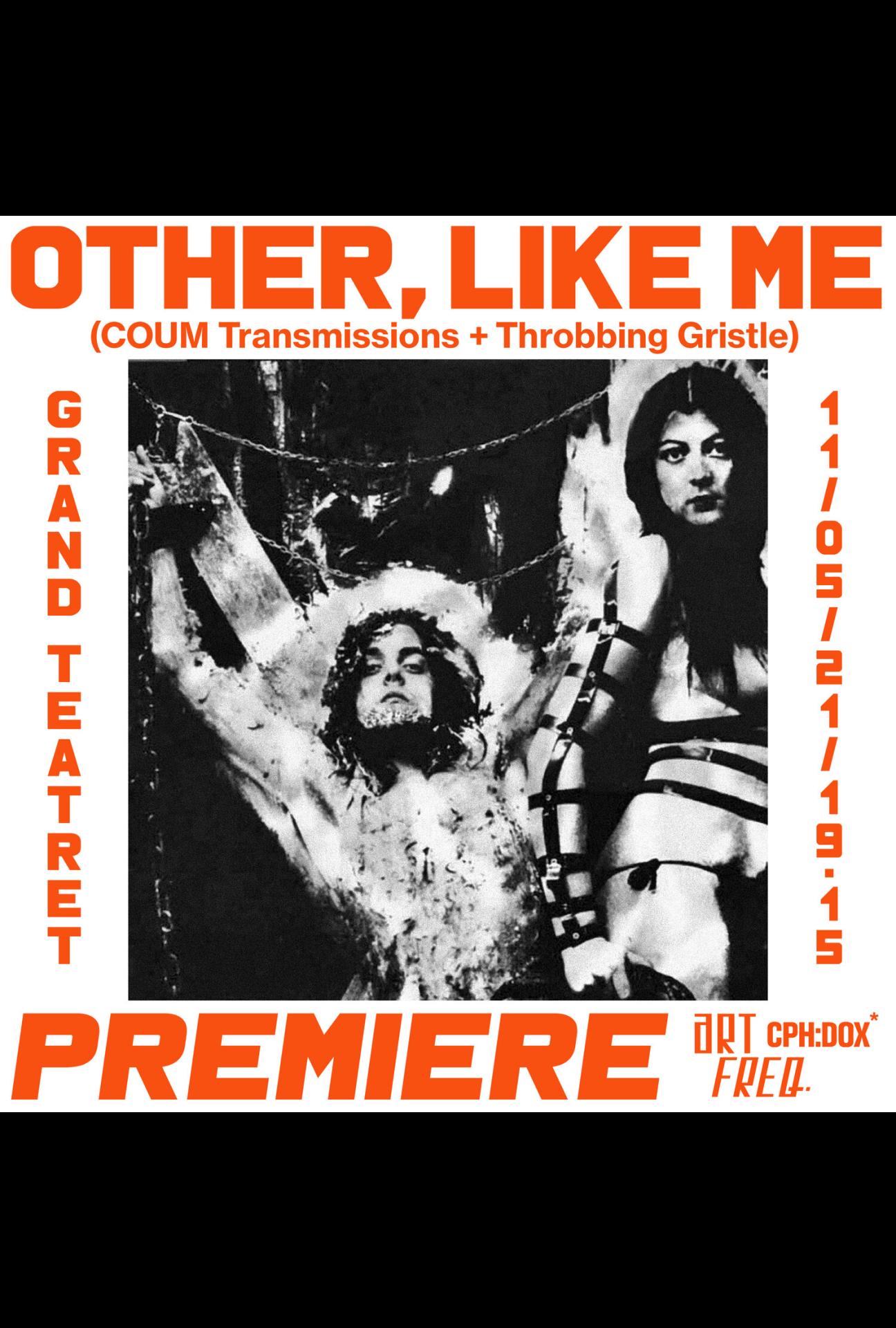 A must-see for anyone with an interest in uncompromising dedication to artistic expression and creative independence. ” Our Golden Age

From humble beginnings in a run-down commune, OTHER, LIKE ME dives deep into the narrative of a group of social misfits who adopted new identities and went on to shock and confound with everything from theatre happenings and gallery performances — that dealt openly with sex, pornography and violence — to a string of confrontational records that birthed the genre “industrial”.
Though chased out of birthplace Hull by the police in the mid-‘70s, they went on to be a major influence on subsequent generations of musicians, before imploding on stage in front of thousands of fans in San Francisco in 1981. Subsequent decades saw them reforming and continuing to push creativity to its limits both collectively and individually, surviving against the odds, by amalgamating art with life completely and fearlessly, no matter the cost.