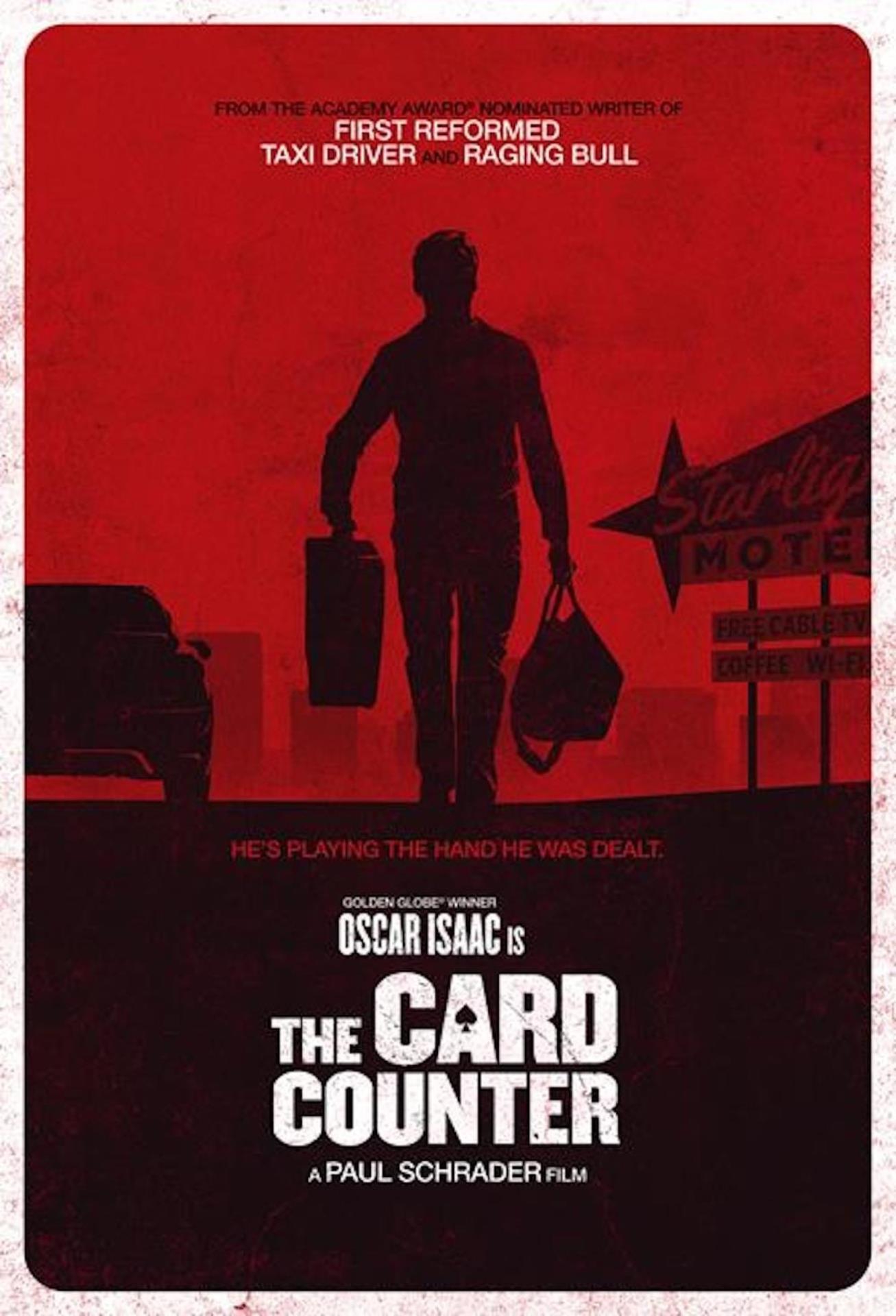 Slow-burn revenge noir ticks all the boxes... ” The Guardian

Redemption is the long game in Paul Schrader’s THE CARD COUNTER. Told with Schrader’s trademark cinematic intensity, the revenge thriller tells the story of an ex-military interrogator turned gambler haunted by the ghosts of his past decisions, and features riveting performances from stars Oscar Isaac, Tiffany Haddish, Tye Sheridan and Willem Dafoe.

William Tell (Isaac) just wants to play cards. His spartan existence on the casino trail is shattered when he is approached by Cirk (Sheridan), a vulnerable and angry young man seeking help to execute his plan for revenge on a military colonel. Tell sees a chance at redemption through his relationship with Cirk. Gaining backing from mysterious gambling financier La Linda (Haddish), Tell takes Cirk with him on the road, going from casino to casino until the unlikely trio set their sights on winning a World Series of poker tournament. But keeping Cirk on the straight-and-narrow proves impossible, dragging Tell back into the darkness of his past.