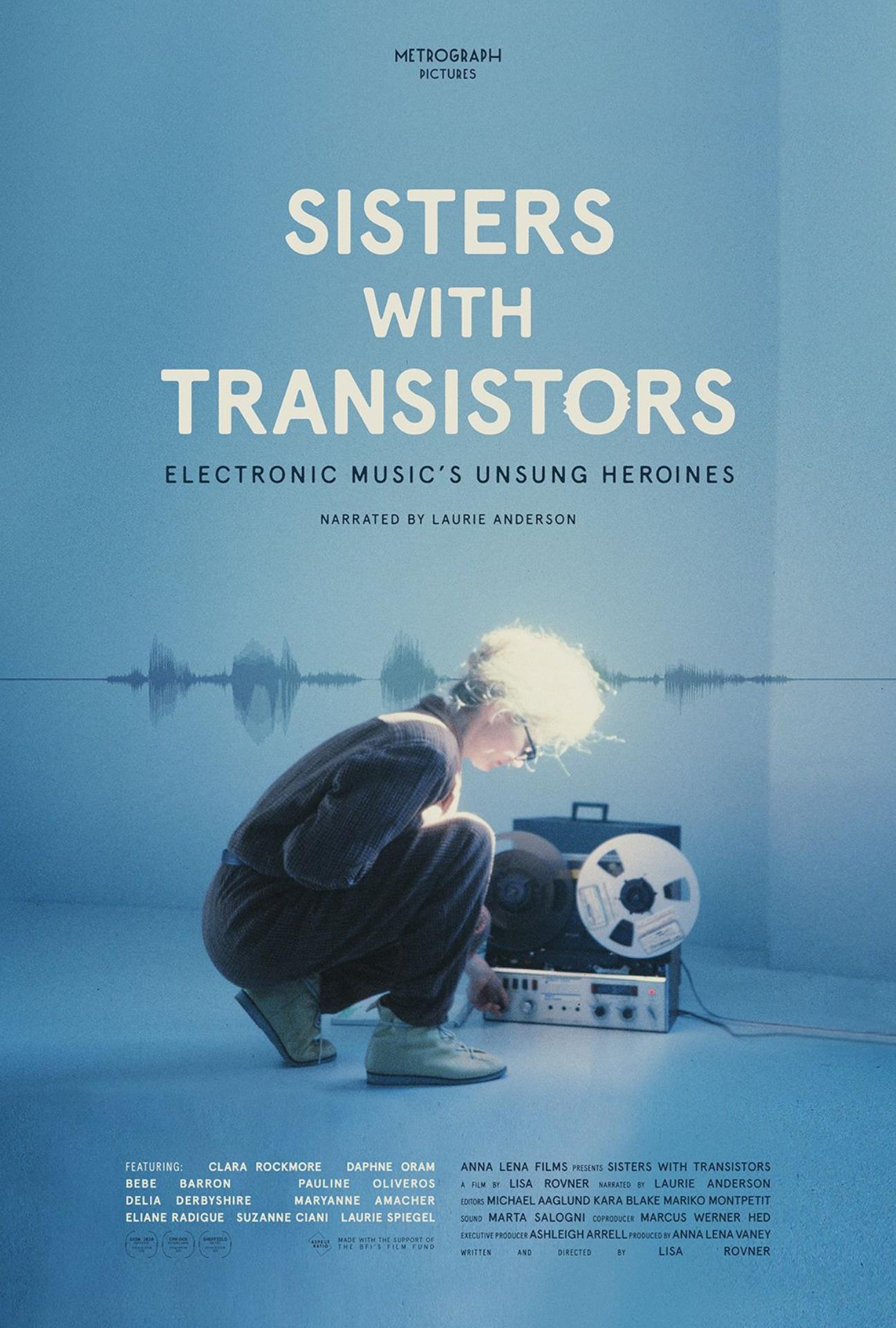 Lisa Rovner’s superb documentary pays a deeply deserved, seldom-expressed tribute to the female composers, musicians and inventors from the brief history of electronic music. ★★★★★ ” The Guardian

The untold story of electronic music’s female pioneers, remarkable composers who embraced machines and their liberating technologies to utterly transform how we produce and listen to music today.

The remarkable world of electronic music has been constantly evolving since its inception in the early 20th century. From the unlimited possibilities of digital synthesisers, to the recent analog recording revival; from the impossibly perfect pitch of AutoTune, to the democratisation of music-making for a generation of ‘bedroom’ producers – each of these extraordinary developments is directly connected to thework and artistry of the women featured in “Sisters with Transistors.”

Clara Rockmore, Daphne Oram, Bebe Barron, Delia Derbyshire, Maryanne Amacher, Pauline Oliveros, Wendy Carlos, Eliane Radigue, Suzanne Ciani, and Laurie Spiegel are among the greatest pioneers of modern sound and we continue to feel their influence yet most people have never heard of them. Until now.

Both screenings on Saturday, August 28th will be preceded by a very special 60 minute live set by
MESStriss – an electronic girl supergroup who all work at the ‘living synth museum’ Melbourne Electronic Sound Studio (MESS). Nicole Skeltys is best known for her bleeps in pioneering ‘90s/ early noughties Oz electro-femme outfits B(if)tek and Artificial. Her 25 year career includes 12 albums in unbelievably whacked out genres recorded across the USA, UK, and Australia. Sooji is a Melbourne-based instrumentalist. Her explorations of improvisation and experimental music are influenced by and indebted to pioneers such as Laurie Spiegal, Delia Derbyshire and Franco Battiato. Katerina Stathis is a music-therapist, multi-instrumentalist and composer. Katerina’s current soundscape practice unveils universal visceral themes conveying the gamut of emotions using a blend of analogue synthesisers, found sound and acoustic instruments. Nina Buchanan is a musician and composer, creating at the intersection of club music, exploratory synthesis, and composition. She builds immersive soundscapes that envision spaces of shared vulnerability and collective catharsis, where normative sonic hierarchies are disrupted and mutual care is prioritised.