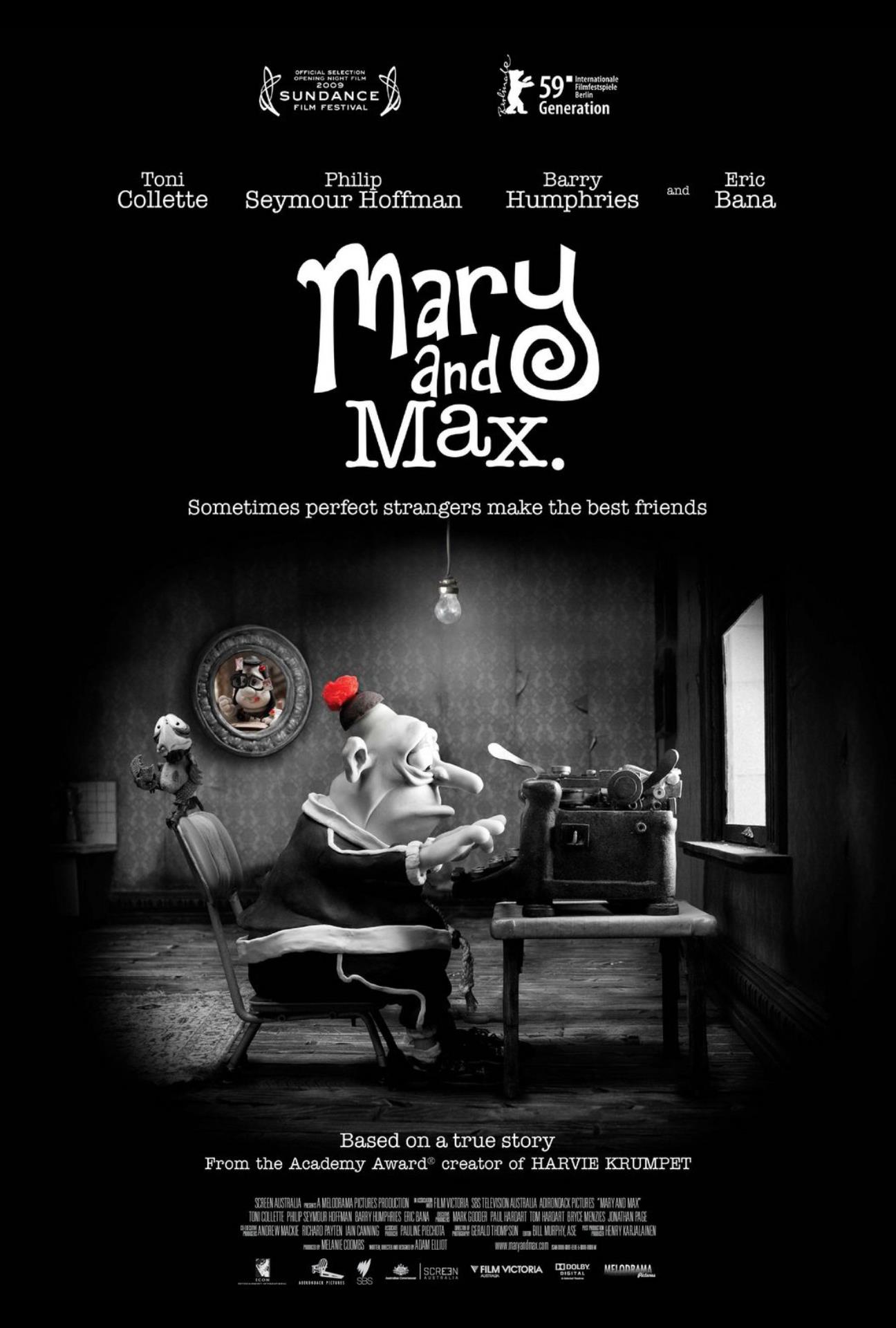 A film of astonishing beauty, Mary and Max is undoubtedly one of the films of the year. ” CineVue, 2009

TPH is very pleased to present a rare screening of Adam Elliot’s award-winning claymation, MARY AND MAX with a very special introduction by Adam.

Mary & Max is a tale of friendship between two unlikely pen pals: Mary Dinkle, a lonely, eight-year-old girl living in the suburbs of Melbourne, and Max Horowitz,an overweight man with Asperger’s, living alone in New York. He writes back, with chocolate.

We will speak to Adam about his craft, his passions and the very exciting new feature he is working on. We might even get to see one of his first short films, a lovely ode to a family member, UNCLE.

Adam Elliot:
Adam’s animated films are what he calls, Clayographies, clay animated biographies based on the bittersweet lives of his family and friends. He has created six animated films including, Mary and Max, Harvie Krumpet, Ernie Biscuit, Brother, Cousin and Uncle. They have been voiced by some of the world’s leading actors, including Philip Seymour Hoffman, Geoffrey Rush, Barry Humphries, Eric Bana and Toni Collette.

He is currently in pre-production of his new feature film with his co-producer Liz Kearney, and executive producer Robert Connelly.