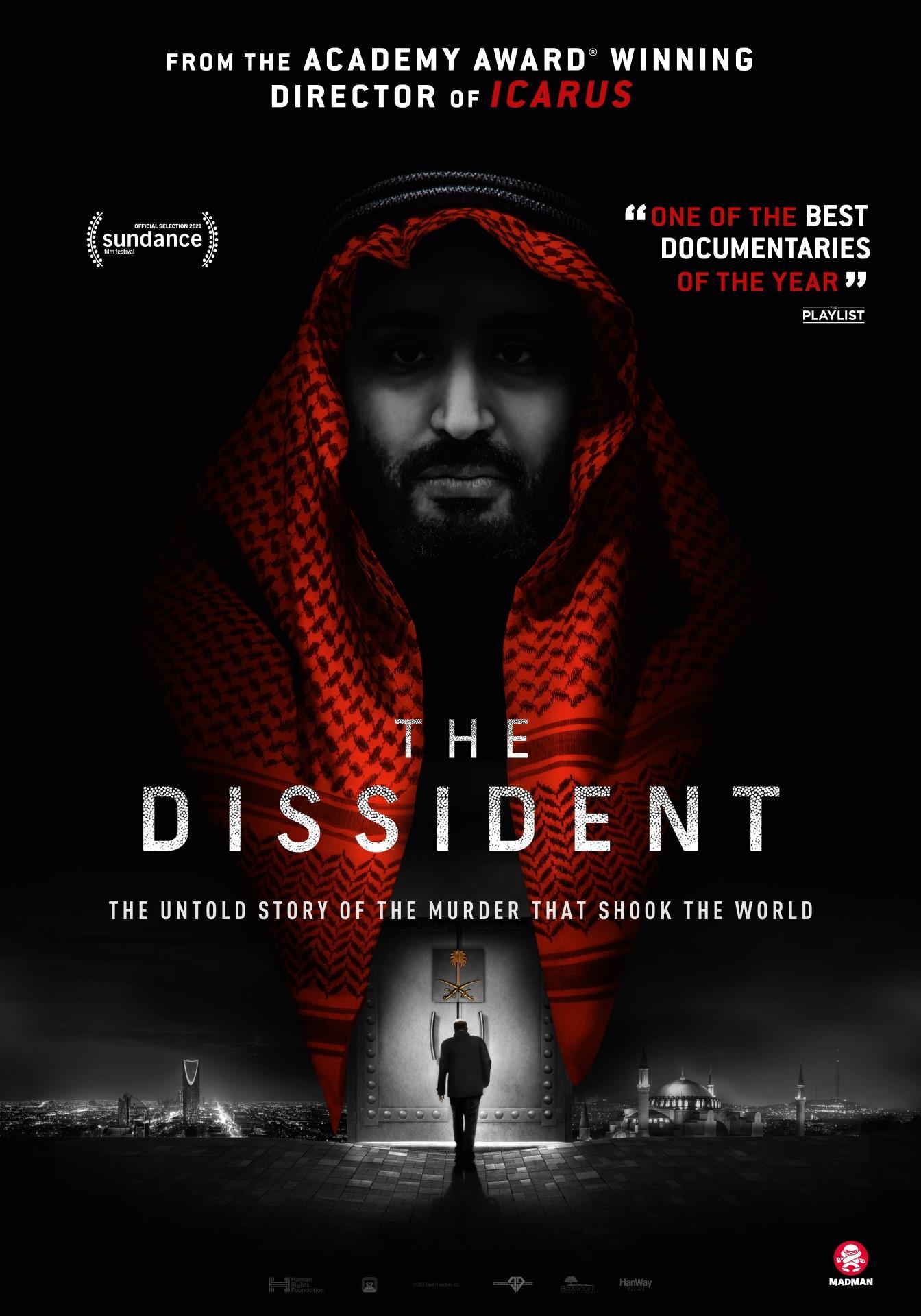 Washington Post journalist Jamal Khashoggi was critical of his beloved Saudi Arabia and of Crown Prince Mohammed bin Salman’s policies. On October 2, 2018, Khashoggi entered the Saudi Arabian consulate in Istanbul and never came out. His fiancée and dissidents around the world are left to piece together clues to his brutal murder—and in their dogged quest for truth, they expose a global cover-up perpetrated by the very country he loved.

With exclusive access to the Turkish government’s evidence; to Khashoggi’s fiancée, Hatice Cengiz; and to Khashoggi’s close friend and fellow Saudi insurgent, Omar Abdulaziz, Academy Award–winning documentary filmmaker Bryan Fogel (ICARUS) unearths hidden secrets in this real-life international thriller that will continue to rock the world long after the headlines have faded away.

Chillingly powerful and heartbreakingly candid, The Dissident is an intimate portrait of a man who sacrificed everything for freedom of speech. With this cogent film, Fogel joins a cadre of dreamers across the globe who refuse to squelch the life’s work of an intrepid rebel, who, even after death, is defying those who sought to silence him forever.