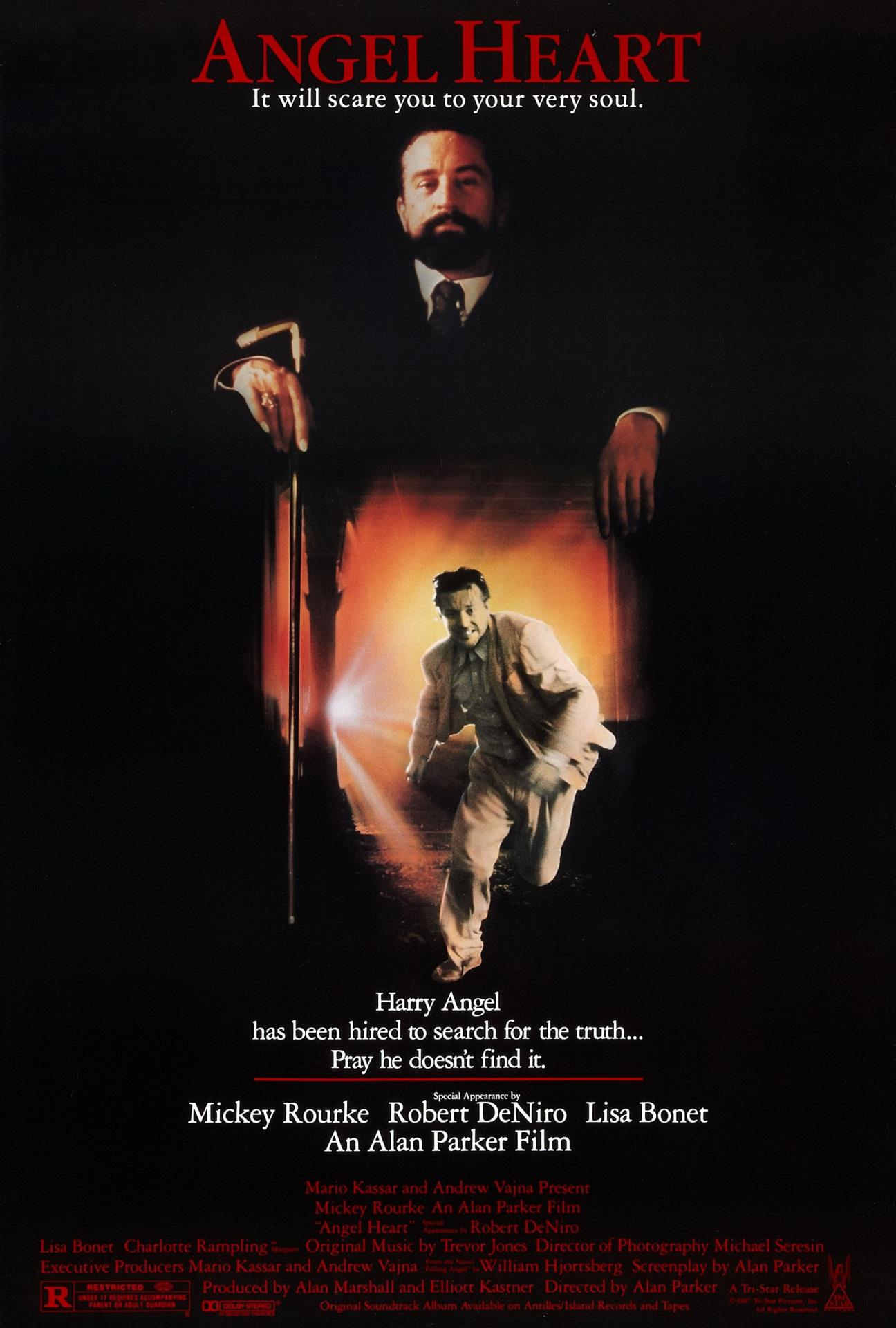 Forming part of our Four Pillars Summer Festival, Angel Heart sees Rourke play the private investigator Harry Angel. He’s approached by the mysterious Louis Cypher (Robert De Niro) to take on the job of finding a missing person, former crooner Johnny Favourite. It seems straightforward enough to Harry, so he takes the job, but once he starts to investigate his leads keep ending up dead (literally), marking him as a prime suspect.

As the case sends him from his home in New York all the way to New Orleans, he is plunged ever deeper into danger and starts to question his sanity once nightmarish visions begin to plague his mind. His only solace in the city is Epiphany Proudfoot (Lisa Bonet), a young voodoo priestess linked to the case who he takes a shine to.