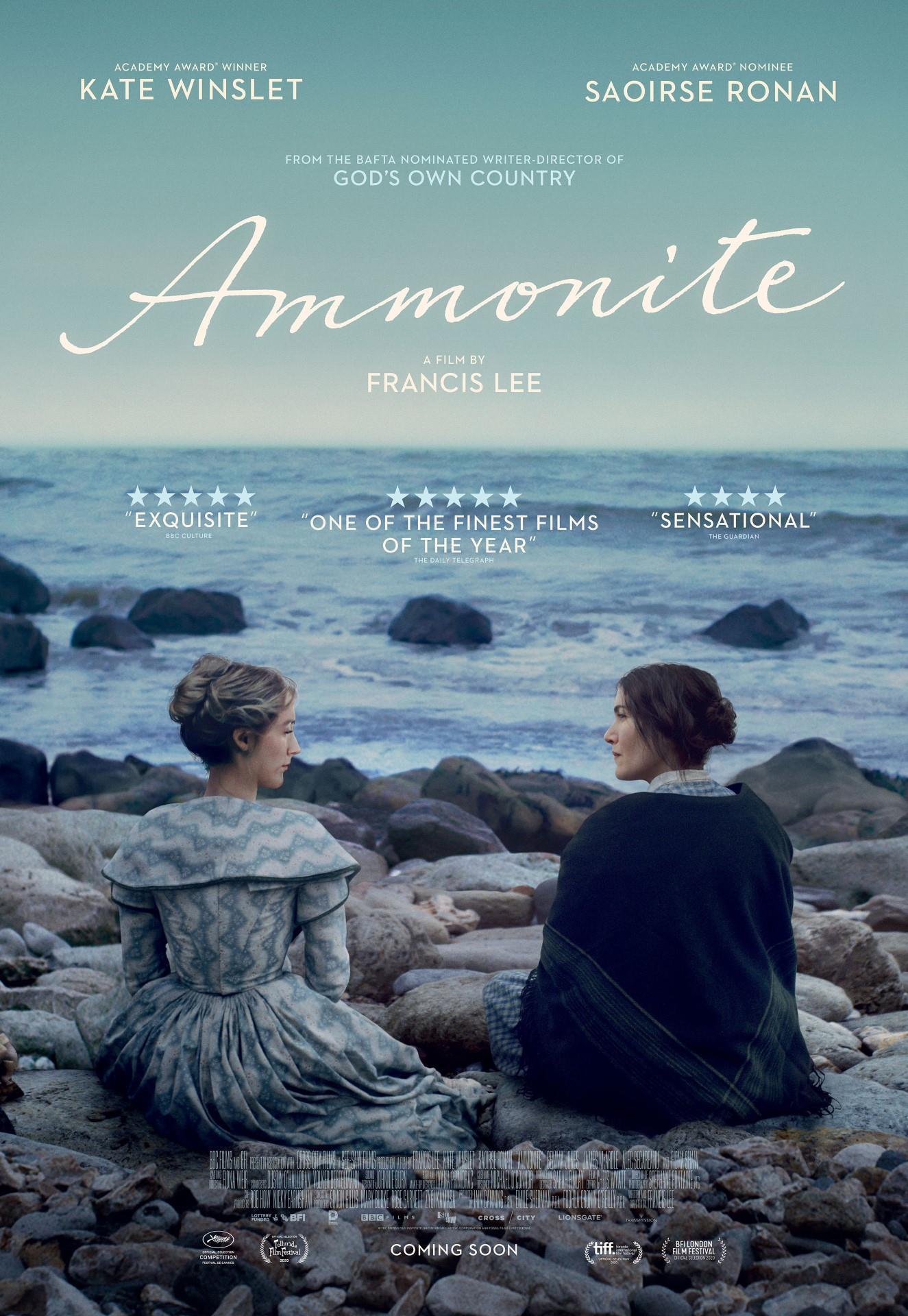 Winslet and Ronan, specialists in complex women, play unlikely lovers whose bonnets are just itching to get ripped off. ” Rolling Stone

Kate Winslet and Saoirse Ronan. Seaside. Period drama. Forbidden love. Goodness gracious, don’t get your bloomers in a twist with how gorgeous and steamy this fusion will be in AMMONITE.

In 1800s England, acclaimed but unrecognized fossil hunter Mary Anning (Kate Winslet) works alone on the rugged Southern coastline. With the days of her famed discoveries behind her, she now searches for common fossils to sell to tourists to support herself and her ailing mother.
When a wealthy visitor entrusts Mary with the care of his wife Charlotte Murchison (Saoirse Ronan), she cannot afford to turn his offer down.

Proud and relentlessly passionate about her work, Mary initially clashes with her unwelcome guest, but despite the distance between their social class and personalities, an intense bond begins to develop, compelling the two women to determine the true nature of their relationship.