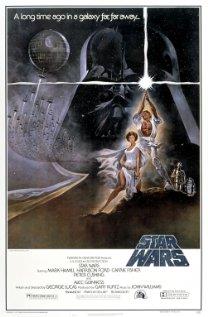 A very rare chance that this film has been made available by LUCAS FILMS for a theatrical screening! Come and experience it on the big screen with us!

A legendarily expansive start to the sci-fi saga, in A NEW HOPE George Lucas opened our eyes to the possibilities of blockbuster filmmaking and things have never been the same.

Nineteen years after the formation of the Empire, Luke Skywalker is thrust into the struggle of the Rebel Alliance when he meets Obi-Wan Kenobi, who has lived for years in seclusion on the desert planet of Tatooine.
Obi-Wan begins Luke’s Jedi training as Luke joins him on a daring mission to rescue the beautiful Rebel leader Princess Leia from the clutches of the evil Empire.