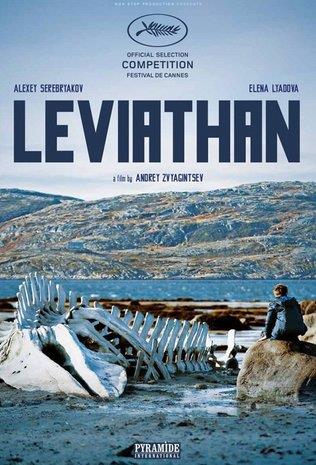 If anyone is curious what life is like for the average battler in Vladimir Putin's Russia, Leviathan... offers some revealing and disturbing answers. ” David Stratten, The Australian

Nominated for an Oscar and winner of the Golden Globe for Best Foreign Language Film, LEVIATHAN is a gripping parable to share with the world Russia at its realist.

Kolia lives in a coastal village near the Barents Sea in Northern Russia, running an auto-repair shop from the garage of his childhood home, shared with young wife Lilya and his teenage son from a previous marriage.
The family’s world is under threat: Vadim Sergeyich, the town Mayor, has slapped a compulsory acquisition order on Kolia’s prime land, earmarking the site for a development. To Sergeyich’s great surprise, Kolia enlists the help of ex-army friend Dmitri, now a hotshot lawyer from Moscow. Soon tempers and passions are inflamed, events spiral out of control, and lives are placed at stake.