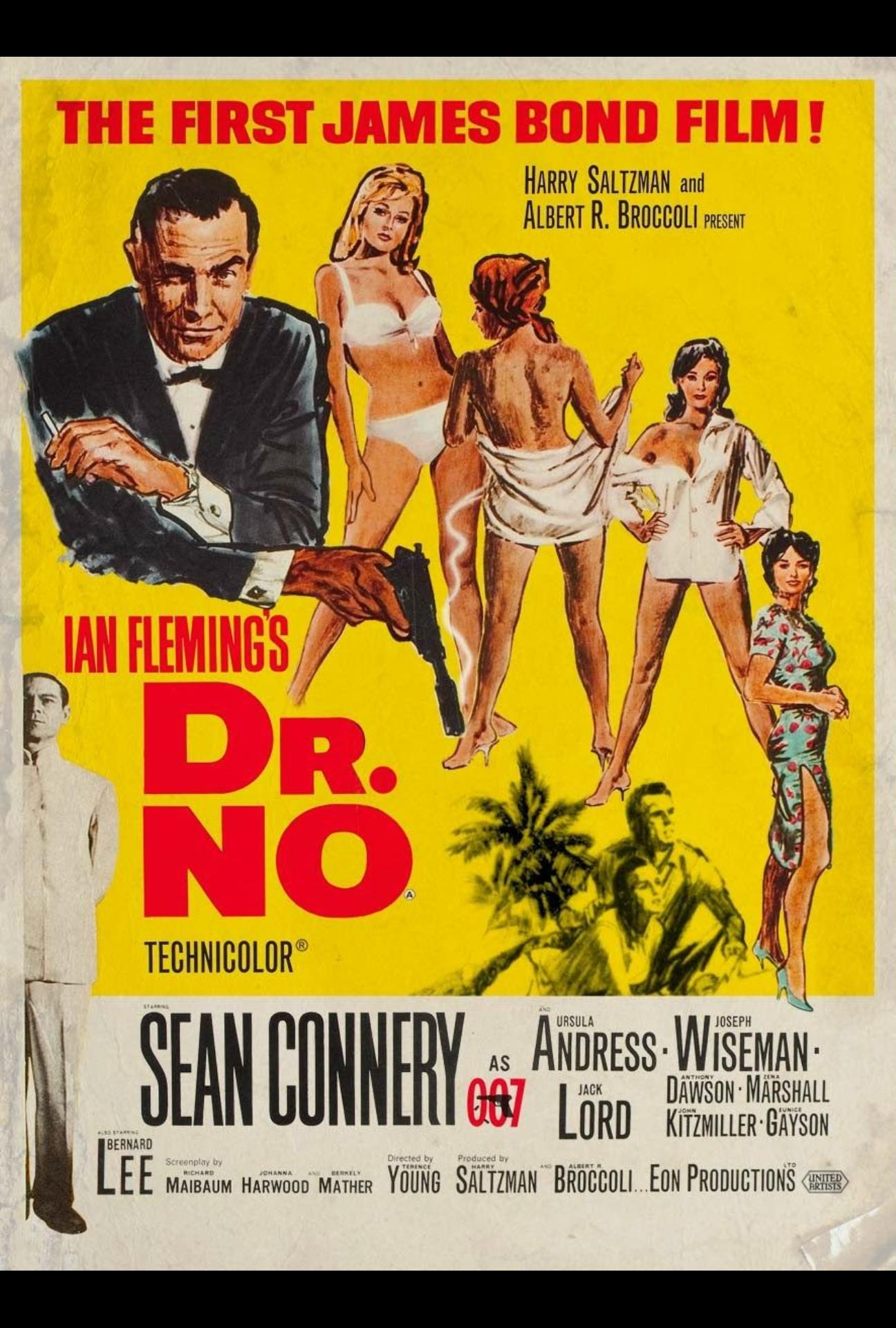 With a debut like this, it's no wonder that it spawned one of the biggest franchises ever. ” Empire Magazine

In celebrating the 25th James Bond movie, the forthcoming “No Time To Die”, let’s reminisce and re-visit some of the greatest movies in cinema history, the 007 catalogue!

And what better movie to see than the very FIRST James Bond film!?
Ian Fleming’s British secret agent is brought to life on-screen by Sean Connery, with his incredible macho, devil-may-care attitude, in the ways of being dapper, witty, and above all, cool.
Follow Bond on his adventures to Jamaica to investigate the disappearance of a fellow British agent. The trail leads him to the underground base of Dr. No, who is plotting to disrupt an early American space launch from Cape Canaveral with a radio beam weapon.