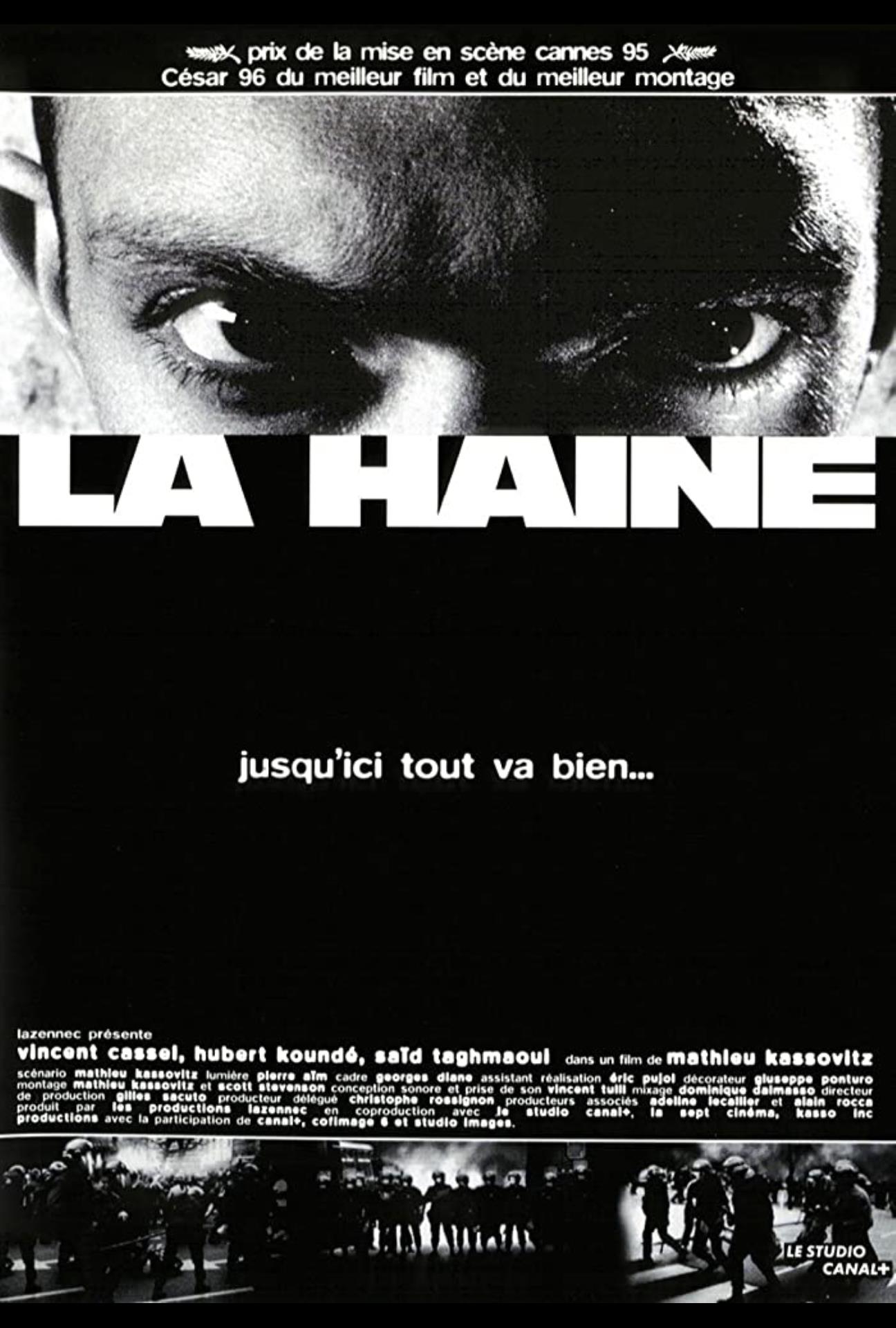 One of the most blisteringly effective pieces of urban cinema ever made. ” Times (UK)

When a young Arab is arrested and beaten unconscious by police, a riot erupts in the notoriously violent suburbs outside of Paris. Three of the victim’s peers, Vinz (Vincent Cassel), Said (Said Taghmaoui) and Hubert (Hubert Koundé), wander aimlessly about their home turf in the aftermath of the violence as they try to come to grips with their outrage over the brutal incident. After one of the men finds a police officer’s discarded weapon, their night seems poised to take a bleak turn.