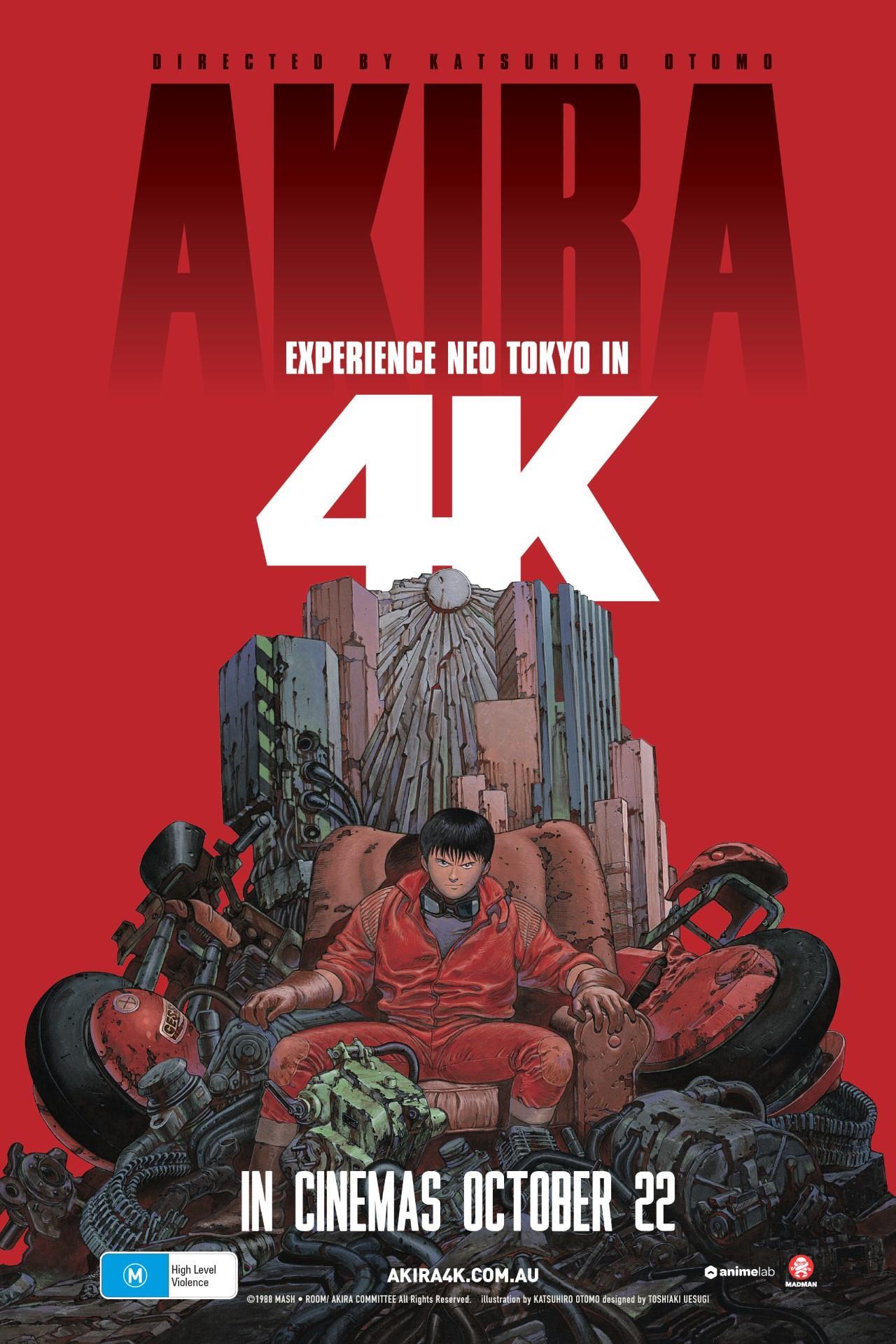 ... up there with the most astonishing animated features ever made. ” London Evening Standard

The city is well on the way to rebuilding after World War III. The central characters, Kaneda and Tetsuo, two high school drop-outs, are members of a joy-riding motorcycle gang. In the opening scene, Kaneda and Tetsuo stumble upon a secret government project to develop telekinetic humans, apparently for use as weapons. Tetsuo learns of the existence of his ‘peer’ Akira, the project’s most powerful subject, and determines to challenge him…