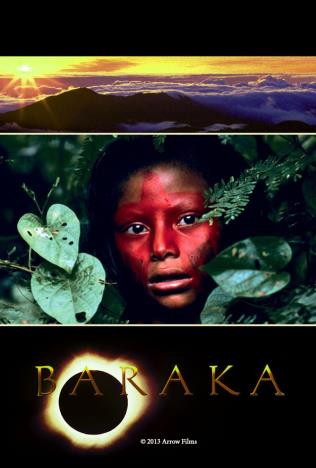 Baraka is the groundbreaking documentary film with no narrative or voice-over. It explores themes via a compilation of natural events, life, human activities and technological phenomena shot on six continents over a 14-month period and is often compared to Koyaanisqatsi, the first of the Qatsi films by Godfrey Reggio for which Fricke served as the cinematographer.

The movie was filmed at 152 locations of 24 countries: Argentina, Australia, Brazil, Cambodia, China, Ecuador, Egypt, France, Hong Kong, India, Indonesia, Iran, Israel, Italy, Japan, Kenya, Kuwait, Nepal, Poland, Saudi Arabia, Tanzania, Thailand, Turkey, and the United States. It contains no dialogue. Instead of a story or plot, the film uses themes to present new perspectives and evoke emotion purely through cinema.
The film was poorly reviewed by Jim Schrembi as like thumbing through a National Geographic mag stoned made me go and see it. GB