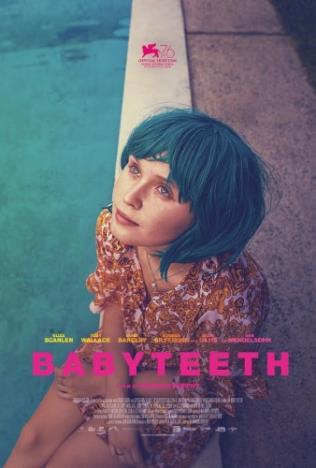 BABYTEETH – the film everyone was raving about at Venice is the stellar debut feature from Shannon Murphy and stars Ben Medelsohn & Eliza Scanlen. It’s a warm-hearted and bittersweet comedy about love, loss and family. Shot on location in and around Sydney, and the film is an adaptation of the successful Belvoir Theatre play by Rita Kalnejais.

When seriously ill teenager Milla (Eliza Scanlen, Little Women) falls madly in love with a smalltime drug dealer, Moses (Toby Wallace), it’s her protective parents’ worst nightmare. Things get messy and morals go out the window, but what might have been a disaster for the Finlay family leads to letting go and finding grace in the glorious chaos of life.