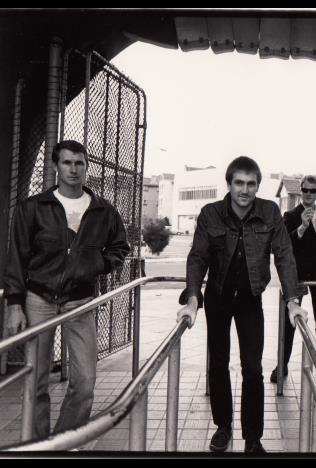 As part of our Reggae & Ska Film Festival – TPH are very pleased to present these two documentaries on the subject of ska, both made by Melbourne filmmakers and both will be in attendance for a Q&A following the films.

Strange Tenants were the “Godfathers of Australian Ska”, emerging in the 1980s in the wake of UK two-tone ska bands like The Specials but producing original political ska songs unlike most other Australian ska bands. 36 years later they’re still around and still political.

London in the 1950’s was a cold place in more ways than the obvious. Or so it appeared if you were one of the thousands of newly arrived Jamaicans. Many were overqualified for their menial jobs. Thousands of others quite simply could not get work. Discrimination and racial tensions culminated in fierce riots in both Nottingham and Notting Hill Gate.

It was in this environment that the Jamaican soundmen; Duke Vin and Count Suckle arrived in the UK. They both stowed away on a boat from Kingston and brought with them a sound that was sweeping across the small Caribbean island and would later change the face of music in the UK. This was the sound of ska!