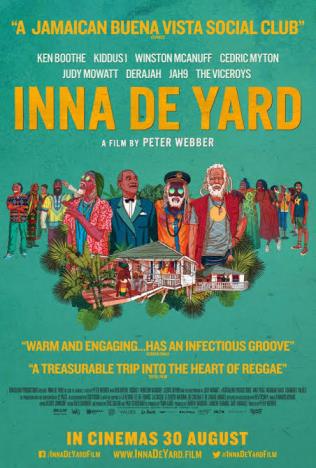 Inna De Yard ... is soulful and uplifting in its exploration of the hearts behind the music Webber clearly loves - a feeling compounded by its charming subjects. ” Empire Magazine

A portrait of a group of pioneering reggae musicians, ‘Inna De Yard’ captures the ongoing relevance of reggae and its social values, and the music’s passion to revitalize an older generation while passing it on to younger listeners.

The film is based around the recording of an album in Kingston, Jamaica by Jamaican reggae music veterans. It also “doubles as a capsule history of Jamaican reggae” and shows the band performing the songs at a concert at Le Trianon in Paris.

The musical super-group, a project also called Inna De Yard, is shown collaborating on recording an acoustic album of old songs by each of the musicians, in Saint Andrew Parish in 2017.