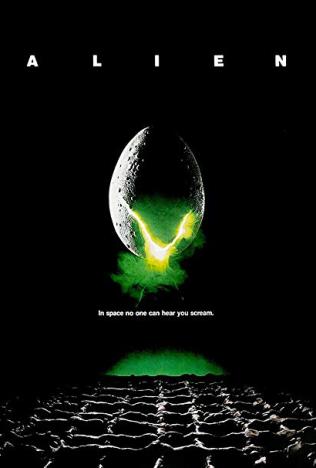 Alien helped redefine the sci-fi genre for a generation of moviegoers and became the bar that all other movies had to live up to or surpass. ” FlickDirect

“In space, no one can hear you scream…” A close encounter of the third kind becomes a Jaws-style nightmare when an alien invades a spacecraft in Ridley Scott’s sci-fi horror classic.
Is this the greatest sci-fi of all time? Did Sigourney Weaver become the sci-fi heroine of cinema because of her role in this? You decide!

In deep space, the crew of the commercial starship Nostromo is awakened from their cryo-sleep capsules halfway through their journey home to investigate a distress call from an alien vessel. The terror begins when the crew encounters a nest of eggs inside the alien ship. An organism from inside an egg leaps out and attaches itself to one of the crew, causing him to fall into a coma.