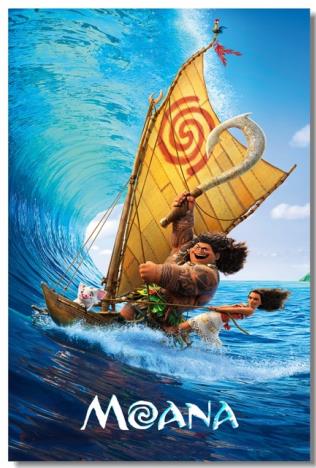 A crowd-pleasing oceanic musical... likely to thwack a big smile on your face! ” Empire

Instant Disney classic MOANA visits TPH once more! This CG-animated feature film about an adventurous teenager who sails out on a daring mission to save her people a fantastic film that we’re thrilled to be screening!

During her journey, Moana (voice of Auliʻi Cravalho) meets the mighty demigod Maui (voice of Dwayne Johnson aka The Rock), who guides her in her quest to become a master wayfinder. Together, they sail across the open ocean on an action-packed voyage, encountering enormous monsters and impossible odds, and along the way, Moana fulfills the ancient quest of her ancestors and discovers the one thing she’s always sought: her own identity.