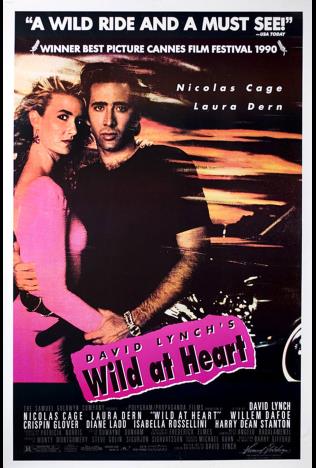 Not for the weak of heart, one of the best Lynchian outings with some fantastically memorable dialogue. ” Empire

FOUR PILLARS X TPH SUMMER FESTIVAL!
Lovers on the run from an angry mother, a private detective and a hit man, encounter a plethora of grotesques and stop for plenty of explicit sex… YEW!

After serving prison time for a self-defense killing, Sailor Ripley (Nicolas Cage) reunites with girlfriend Lula Fortune (Laura Dern). Lula’s mother, Marietta (Diane Ladd), desperate to keep them apart, hires a hit man to kill Sailor. But he finds a whole new set of troubles when he and Bobby Peru (Willem Dafoe), an old buddy who’s also out to get Sailor, try to rob a store. When Sailor lands in jail yet again, the young lovers appear further than ever from the shared life they covet. LULU!!!