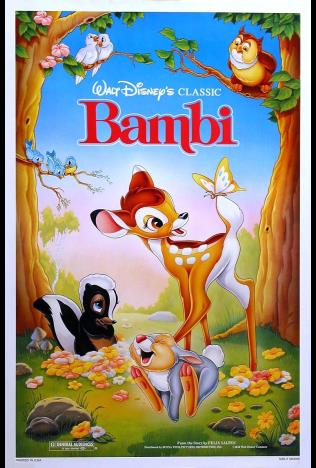 One of the most timeless and universal coming-of-age films ever... ” Decent Film Guides

Come join us in another Disney Classic with this story of a young deer named Bambi who joins his new friends, a rabbit named Thumper and a skunk named Flower, in exploring his forest home. As a boy, he learns from his doting mother and his father, The Great Prince of the Forest, that there are dangers in the open meadows where hunters can spot the animals, and he meets a beautiful young doe named Faline.

As Bambi grows up, he learns that there is tragedy as well as beauty and joy in his forest world and on the path to adulthood.