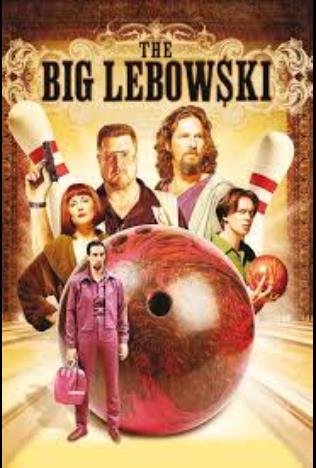 One of a kind.” Peter Bradshaw, The Guardian

This Coen Brothers cult classic revolves around a case of mistaken identity complicated by extortion, double-crosses, deception, embezzlement, sex, pot, and gallons of White Russians (made with fresh cream, please).

Jeff Bridges plays Jeff Lebowski who insists on being called “the Dude,” a laid-back, easygoing burnout who happens to have the same name as a millionaire whose wife owes a lot of dangerous people a whole bunch of money — resulting in the Dude having his rug soiled, sending him spiraling into the Los Angeles underworld.